The history of the Boucheries Nivernaises began in the Paris region in 1954 in Suresnes. The Bissonnet family then settled in the heart of the 8th arrondissement of Paris to serve the major hotels and prestigious establishments in the surrounding area, including the Elysée Palace. Still under development in prestigious locations such as Versailles, the Boucheries Nivernaises is part of the Parly 2 shopping centre. Then the Hay-les-Roses at the gates of Rungis to serve the province and abroad. In three generations, the Bissonnet family has developed what was a modest and ambitious family butchery into a company present on 4 continents. 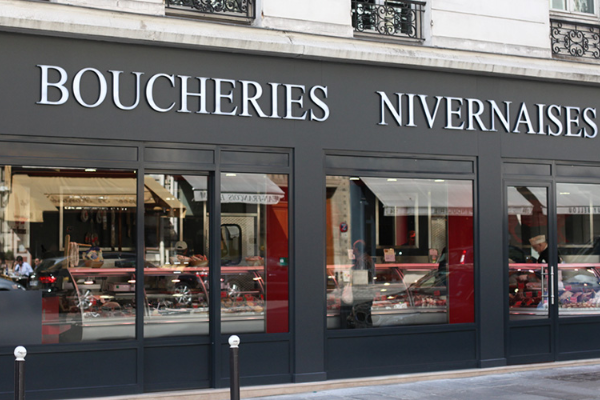 The Saint-Ho shop, as it is called by its regular customers, was founded by Jean, who invented the “cœur d’aloyau” in the 1950s.
Thanks to its ideal geographical position, in addition to giving its local clientele the best of meat, this shop supplies the high places of French gastronomy, with various Michelin-starred restaurants, Parisian palaces and even the Elysée as reference customers. 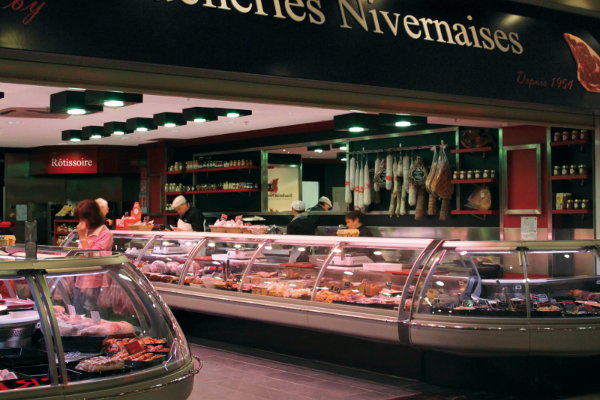 The Boucheries Nivernaises are the first traditional butchers to have opened a point of sale in a shopping centre.
Buyers select meat every day at Rungis Market as well as in the large provincial slaughterhouses and with the help of quality engineers guarantee the quality of the meat.
For a family meal, a reception or a buffet, don’t hesitate to contact the Boucheries Nivernaises de Parly 2. 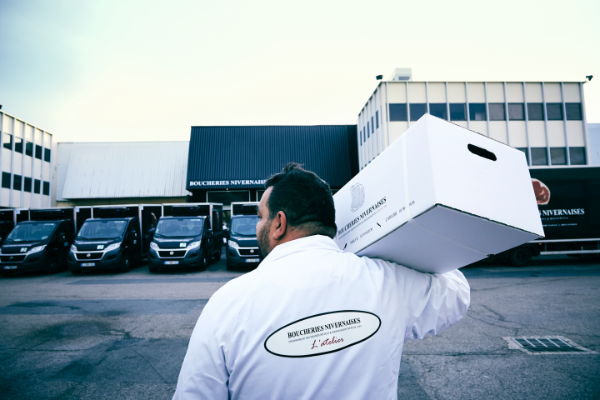 A team of professionals is at your disposal to meet your daily requests for meat, poultry, tripe and charcuterie both in France and abroad.